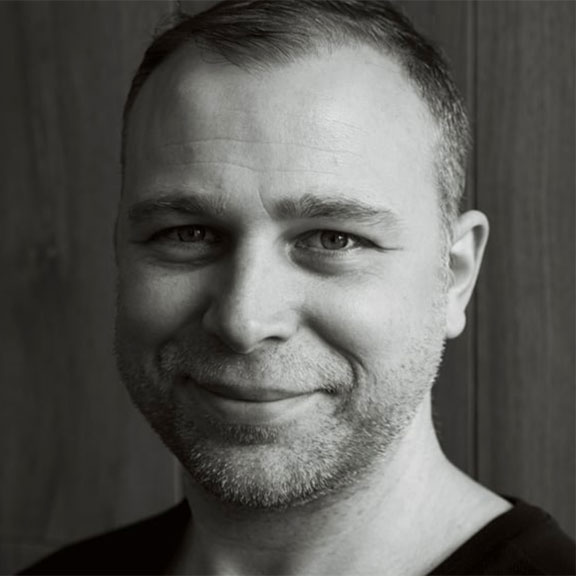 Friso graduated from Grafisch Lyceum Amsterdam in 1999, as a graphic designer.

Following his graduation he spent several years at divergent design agencies. During that period he teamed up with Maarten Vrouwes. Together, they won multiple pitches for young creative organisation Dutch Young Dogs.

Friso worked for several agency’s like Ogilvy, Lowe, FHV/BBDO J. Walter Thompson and DDB where he became ECD in 2019. Besides being responsible for clients like ING bank, KitKat, Free a Girl, Opel, Central Beheer and HAK. In 2021 he made the switch to Publicis Groupe Netherlands.

In the last 5 years Friso won 8 Cannes Lions (2 gold) ,4 D&AD’s (1 Black Pencil), 3 New York festival, 2 One shows, an Epica Grand Prix, numerous other national and international advertising awards. And his work for Free a Girl was mentioned by the United Nations.

Friso lives with his wife and two children in Amsterdam. In the time that he isn’t working he loves to cook, likes to photograph and likes to binge-watch every now and then.

Previous
Next
We use cookies to ensure that we give you the best experience on our website. Click here for more information. GOT IT! Read More
Manage consent

This website uses cookies to improve your experience while you navigate through the website. Out of these, the cookies that are categorized as necessary are stored on your browser as they are essential for the working of basic functionalities of the website. We also use third-party cookies that help us analyze and understand how you use this website. These cookies will be stored in your browser only with your consent. You also have the option to opt-out of these cookies. But opting out of some of these cookies may affect your browsing experience.
Necessary Always Enabled
Necessary cookies are absolutely essential for the website to function properly. These cookies ensure basic functionalities and security features of the website, anonymously.
Non-necessary
Any cookies that may not be particularly necessary for the website to function and is used specifically to collect user personal data via analytics, ads, other embedded contents are termed as non-necessary cookies. It is mandatory to procure user consent prior to running these cookies on your website.
SAVE & ACCEPT